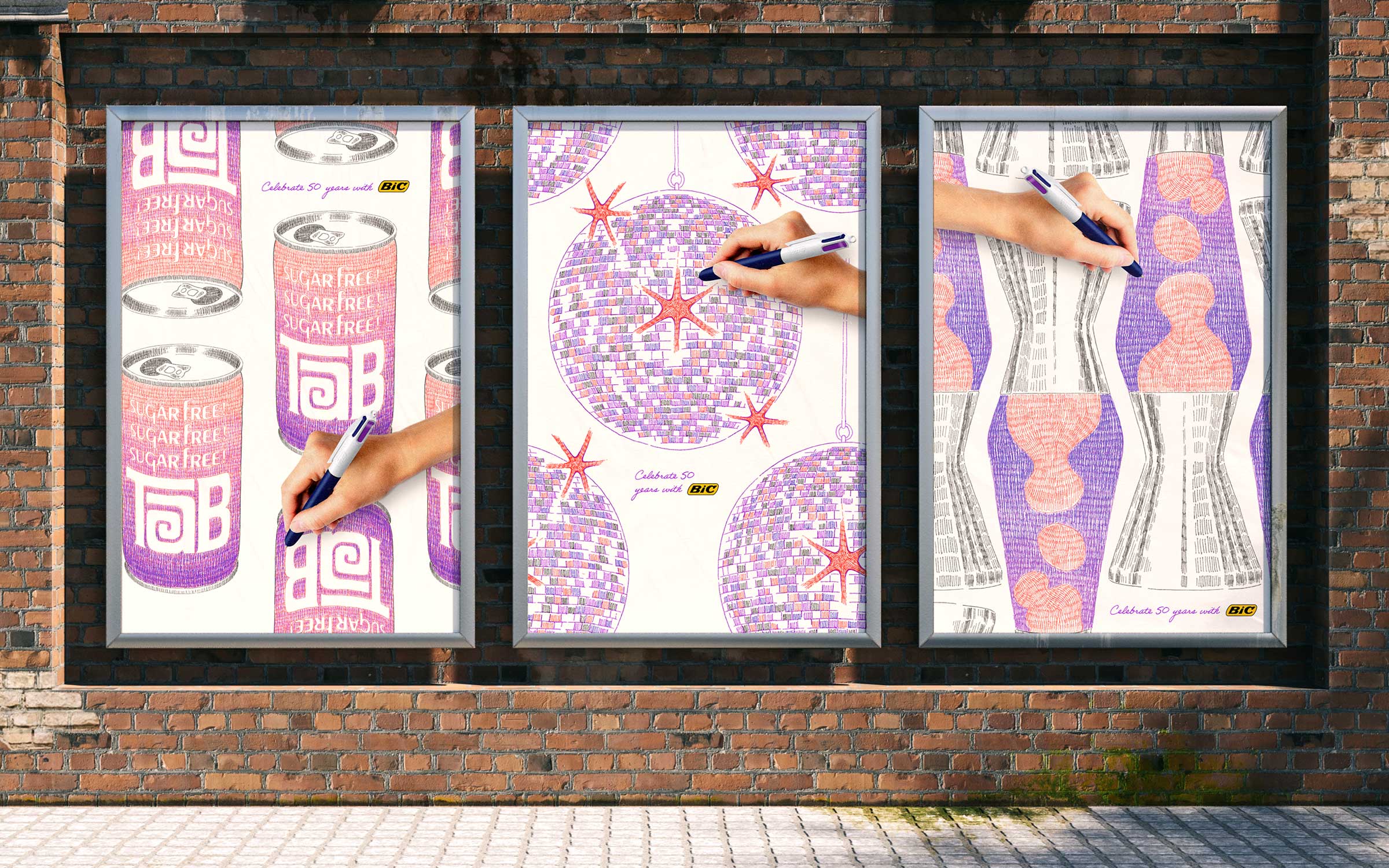 BIC is well known for its fun and engaging advertisements, encouraging people to use their imaginations using their ubiquitous pens. Ad campaigns for BIC need to embody this spirit of fun and creativity and entice customers to want to step away from their phones and choose to express themselves through BIC products.

BIC celebrated its’ 50th anniversary of the 4-color pen (introduced in 1970) by launching a limited-time version with purple ink. This project aimed to create an Outdoor Campaign of three posters that demonstrate the fun of writing and/or drawing with the BIC 4-color pen. 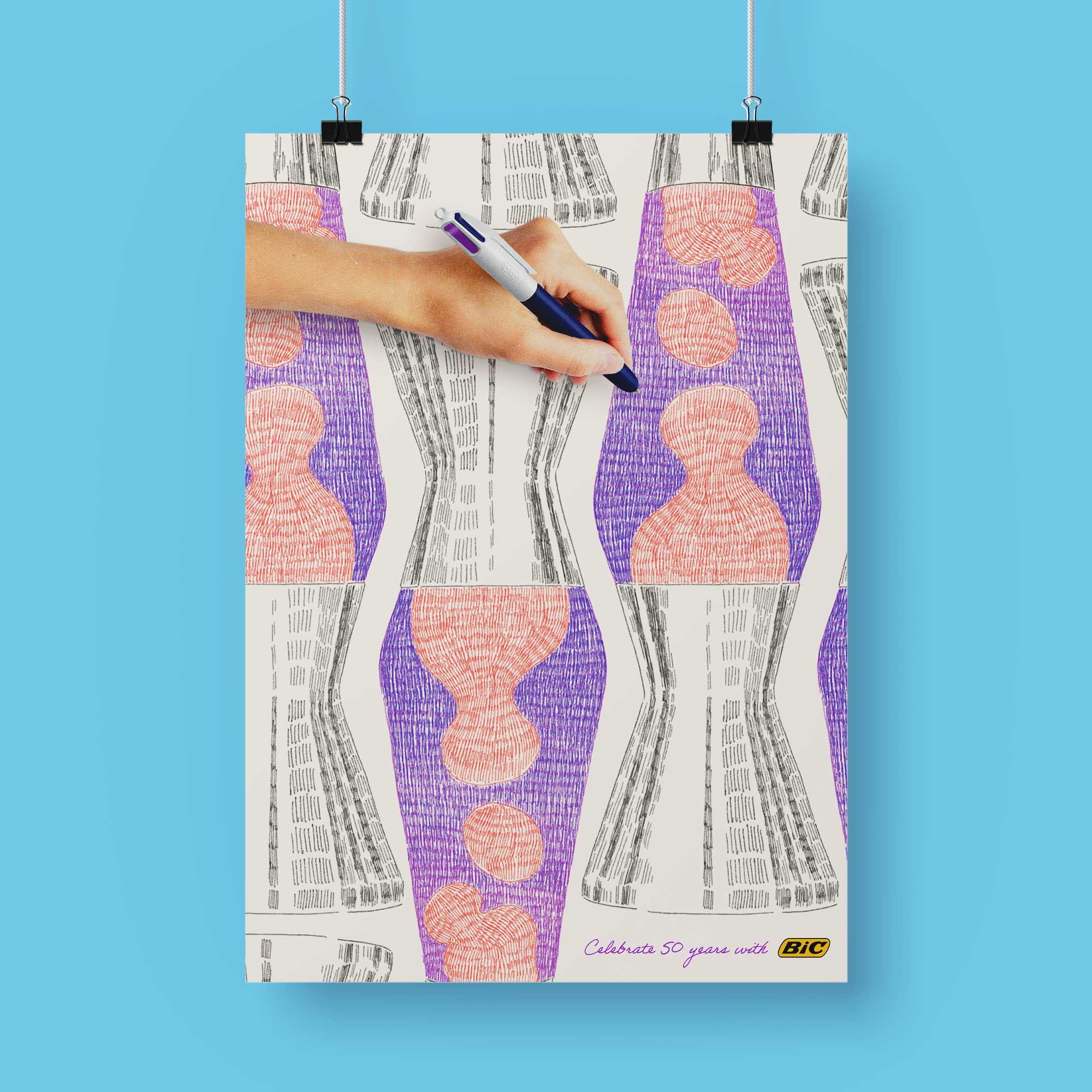 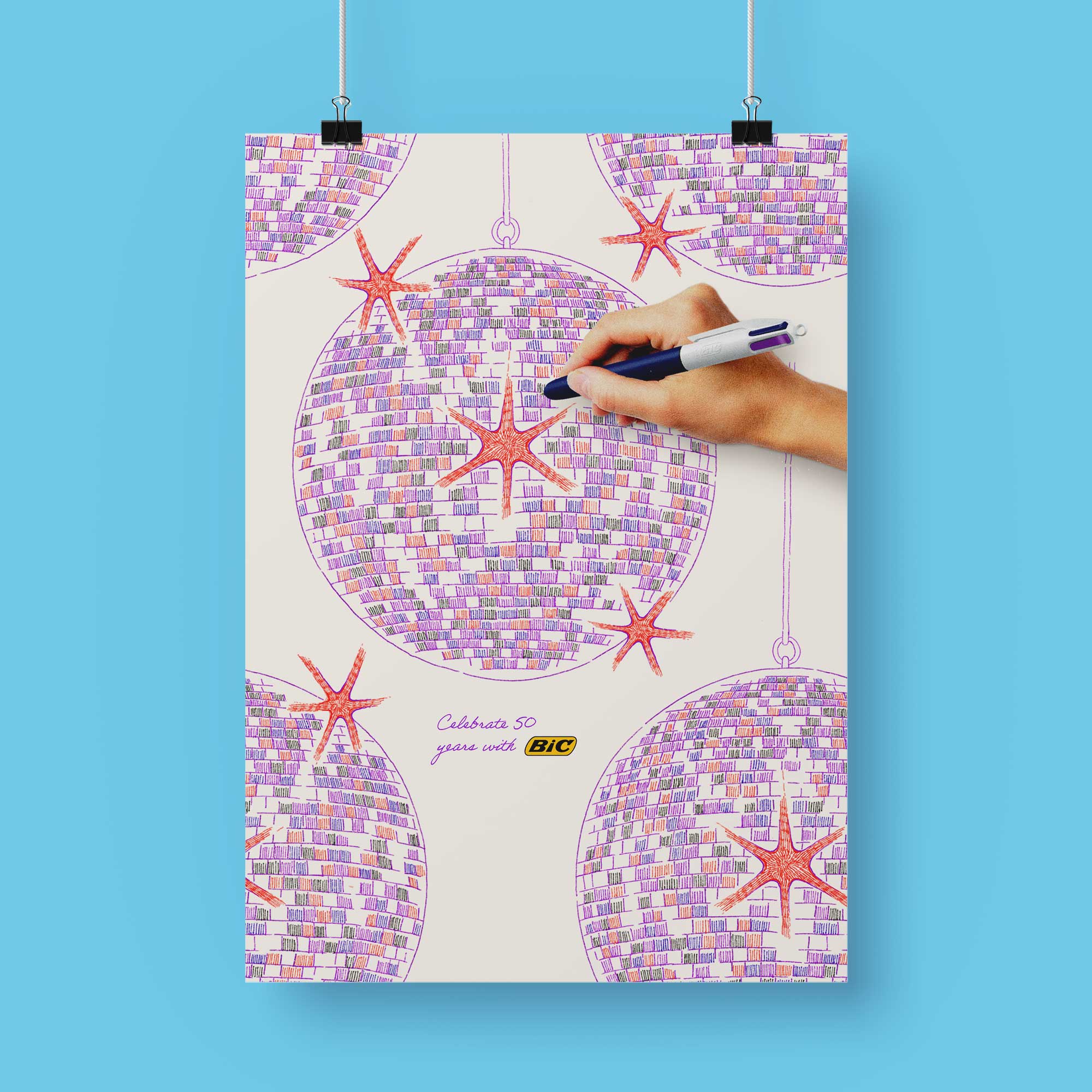 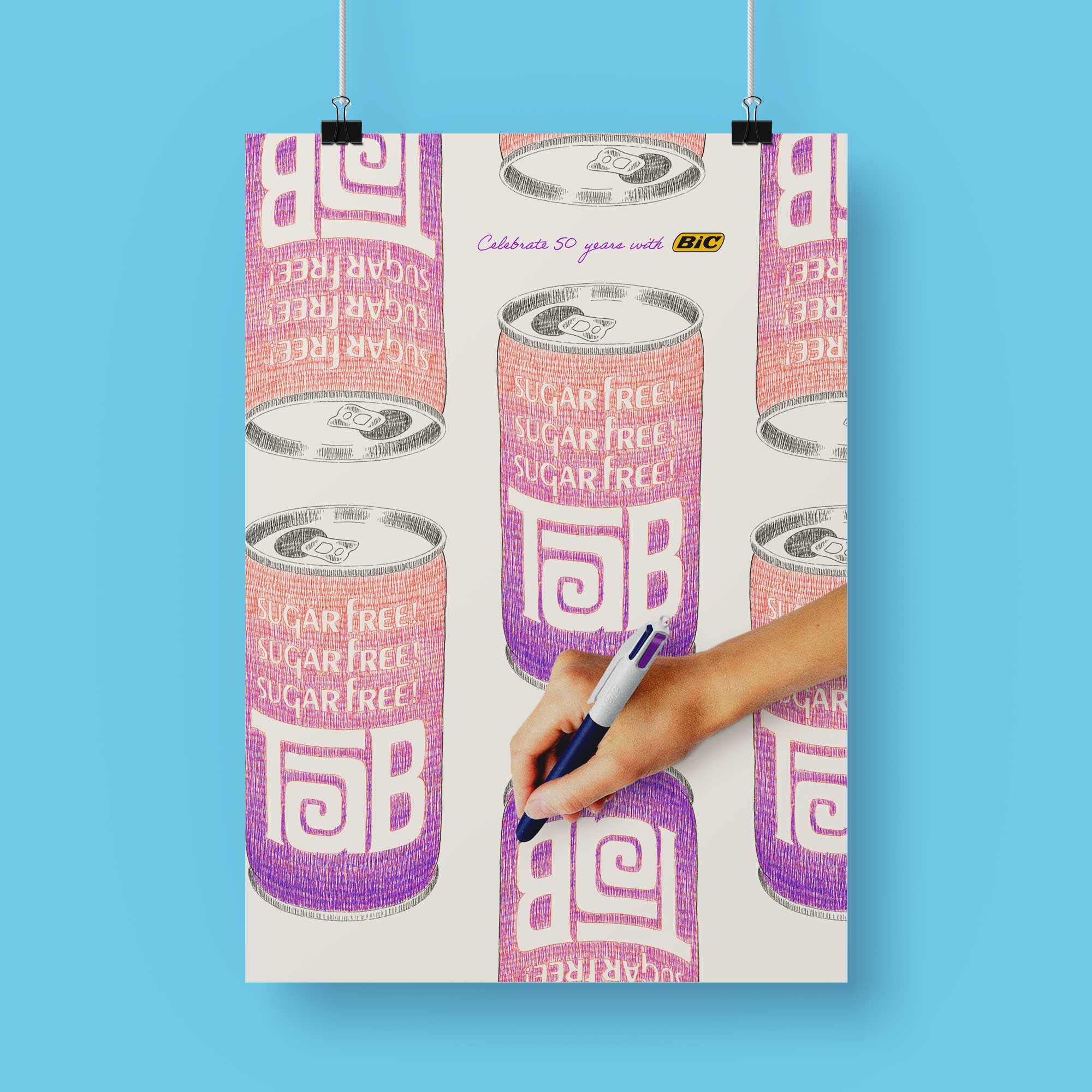 The first step in this project was to research the company and its' competitors and ask the question: why would someone want to use this product? The next step was to brainstorm ideas for the campaign direction while keeping in mind the problem to solve; how to get people to engage with drawing or writing again. Creating a series of "brainstorm squares" was a quick way to convey ideas for concept, tagline, and layout. 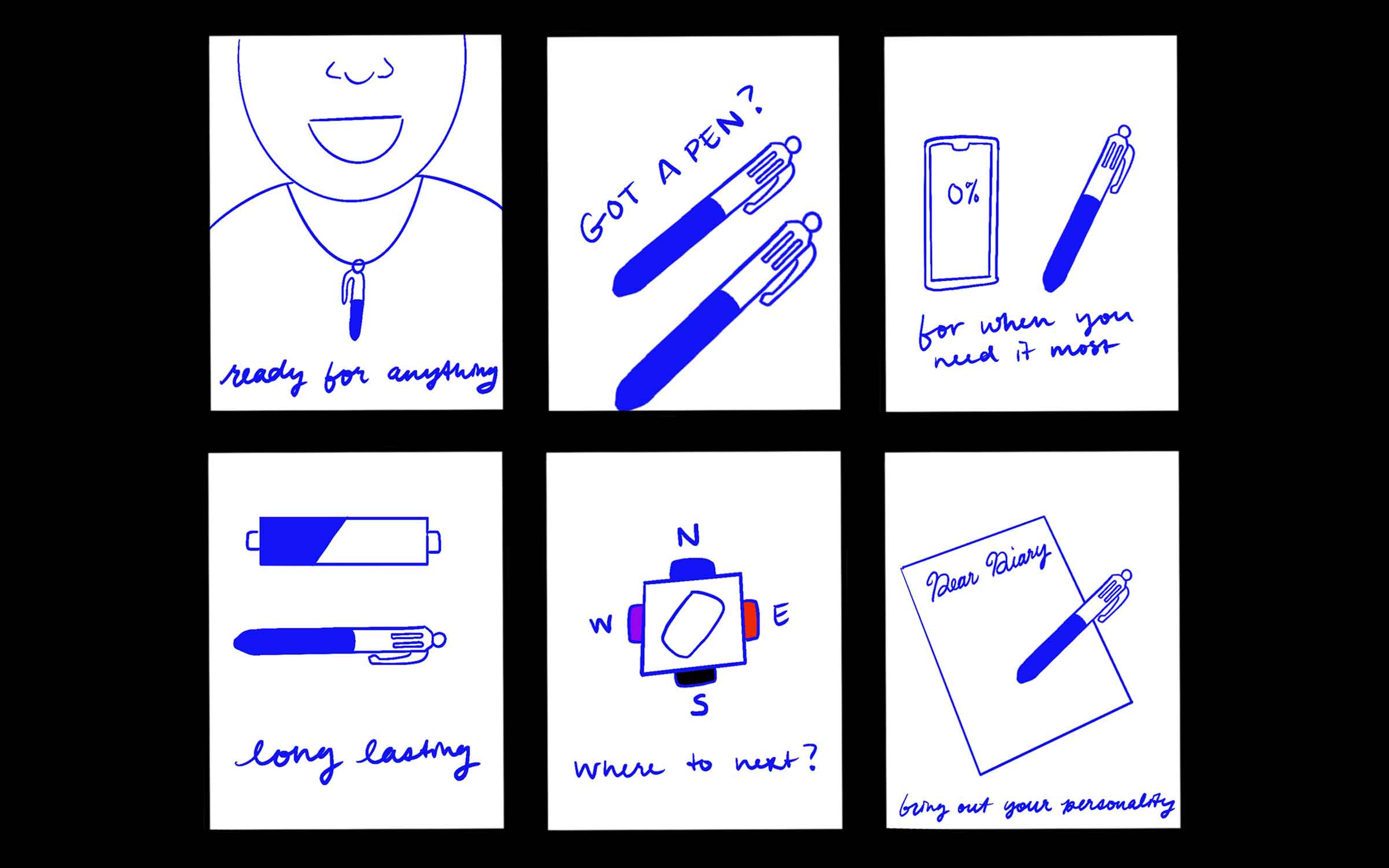 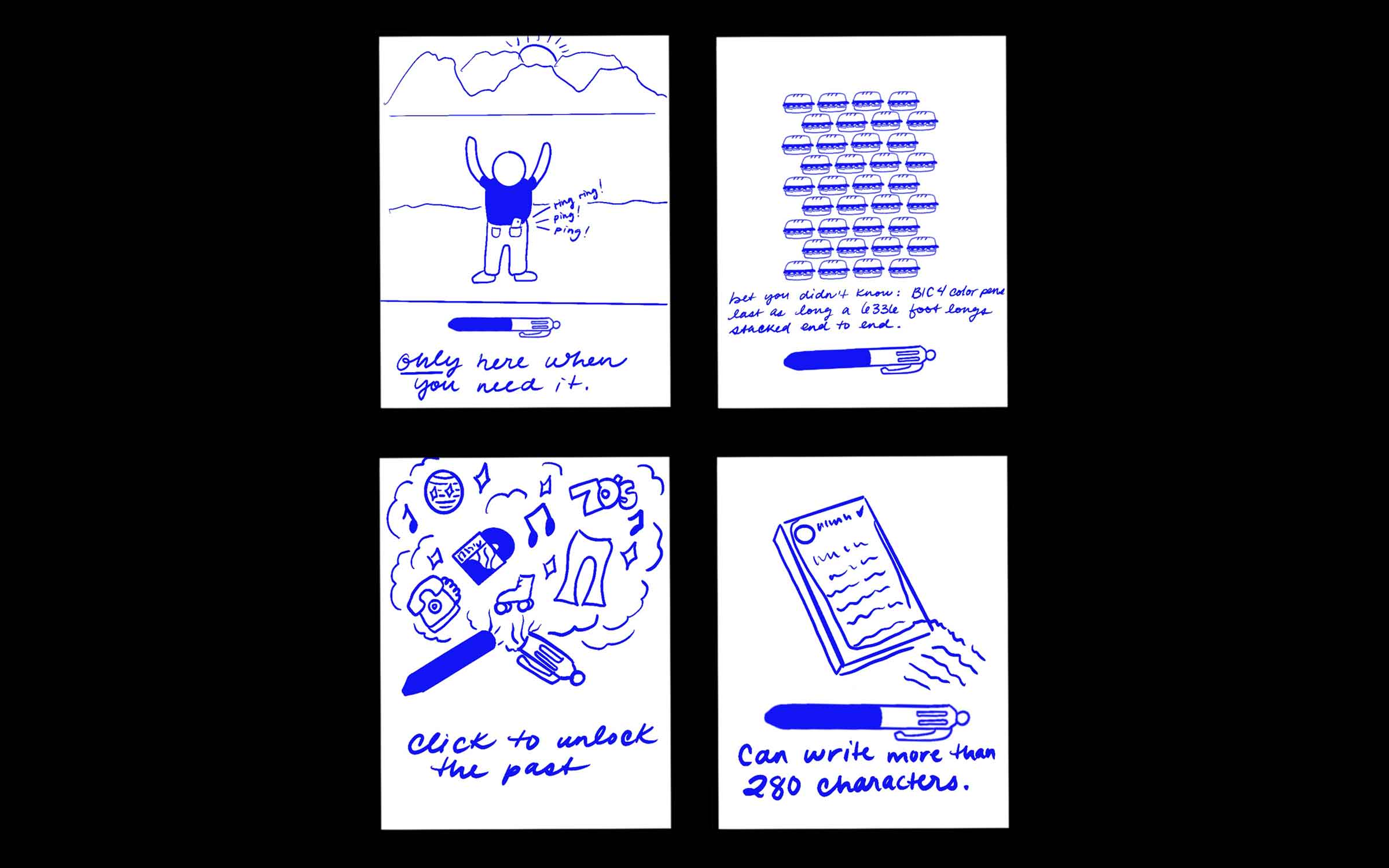 Through this brainstorming exercise, a concept was generated that acknowledges the 50th anniversary and ties the pen to other products invented in the 70s. By placing the BIC pen, which is still in use, next to these products that are “stuck in time,” the ads show that the 4-color pen has stood the test of time and is still going strong. These were rough comps meant to nail down a concept without focusing too much on type and design detail. 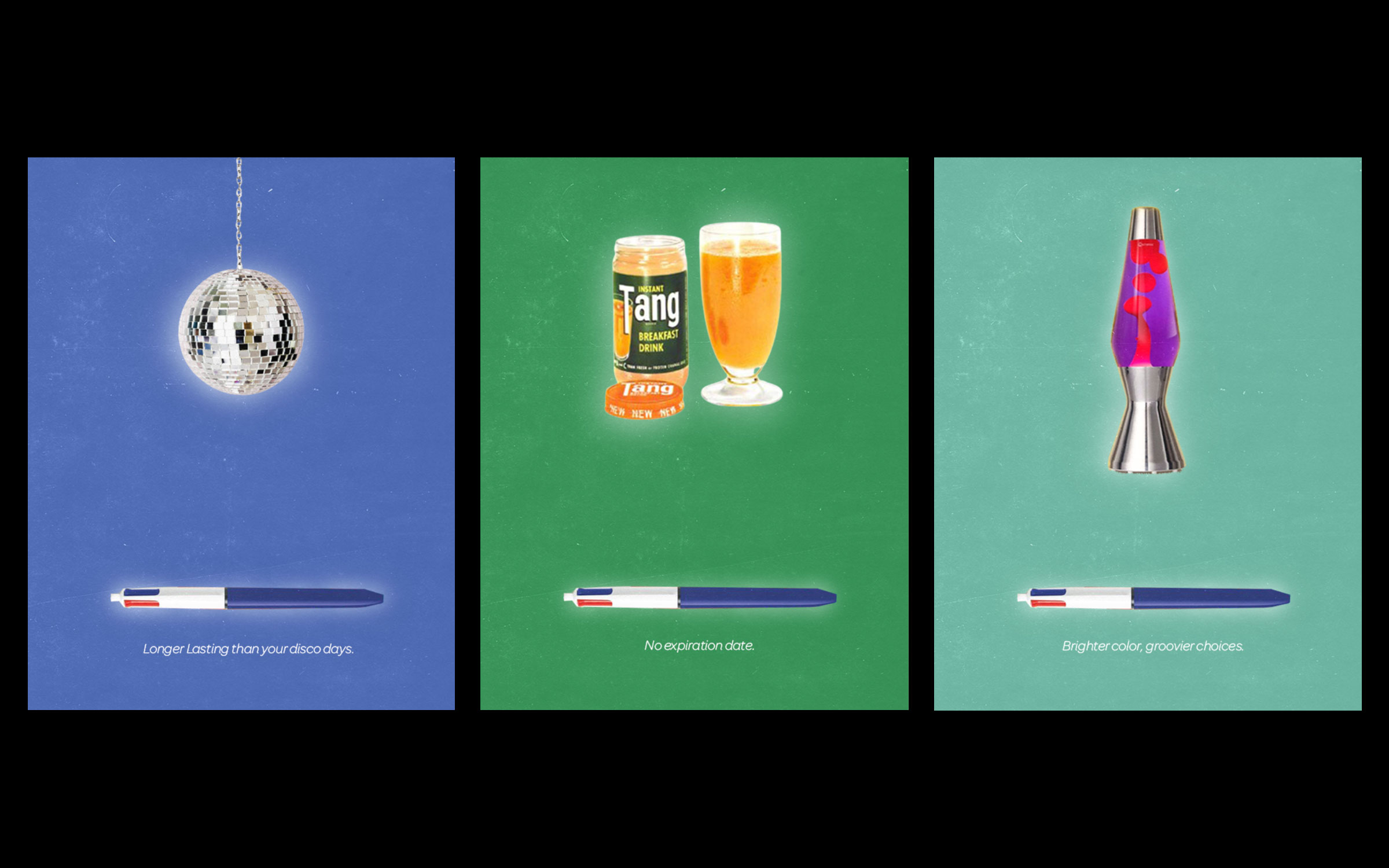 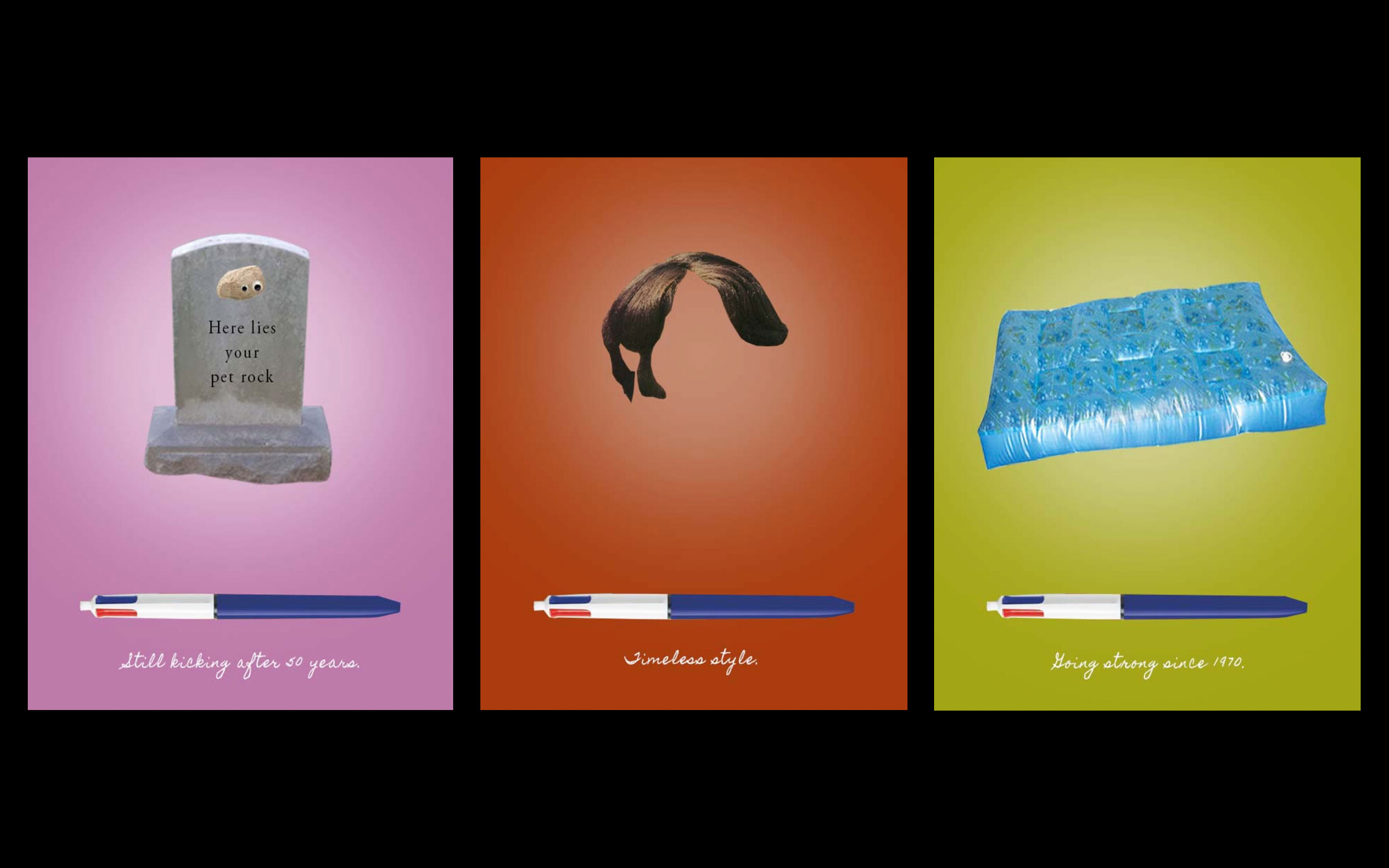 From feedback, it was determined that what was missing from these ads was the hand-drawn feel that makes the viewer want to use the product (the “demonstration” of the product). Using the same concept, but simplifying the tagline to the concise “Celebrate 50 years with BIC” the focus is on the fun that you can have using the 4-color pen. The style of the drawings is purposefully meant to be imperfect and approachable while still showing the detail and vibrancy customers can achieve. The goal for the style of the final posters was to be inviting, not alienating. 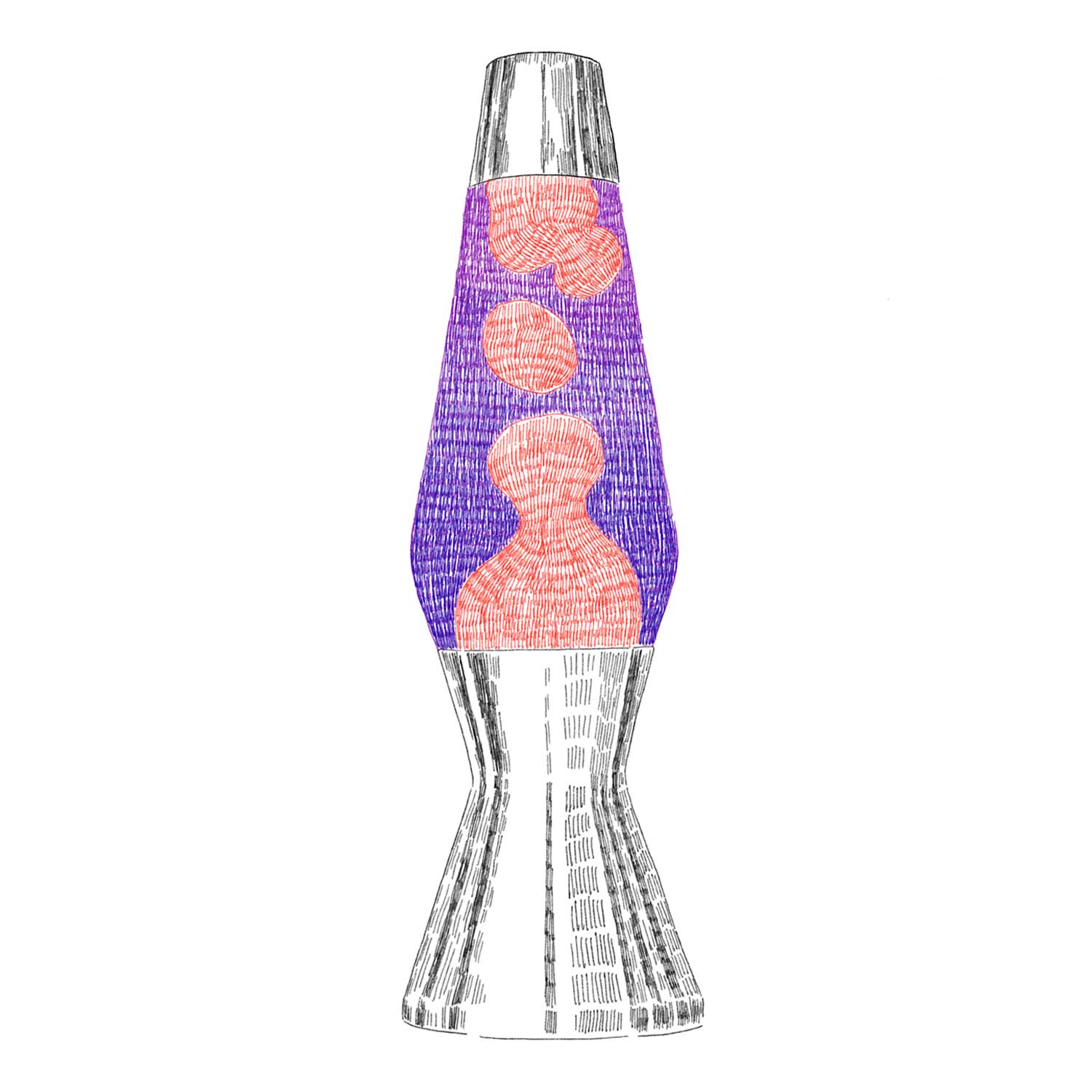 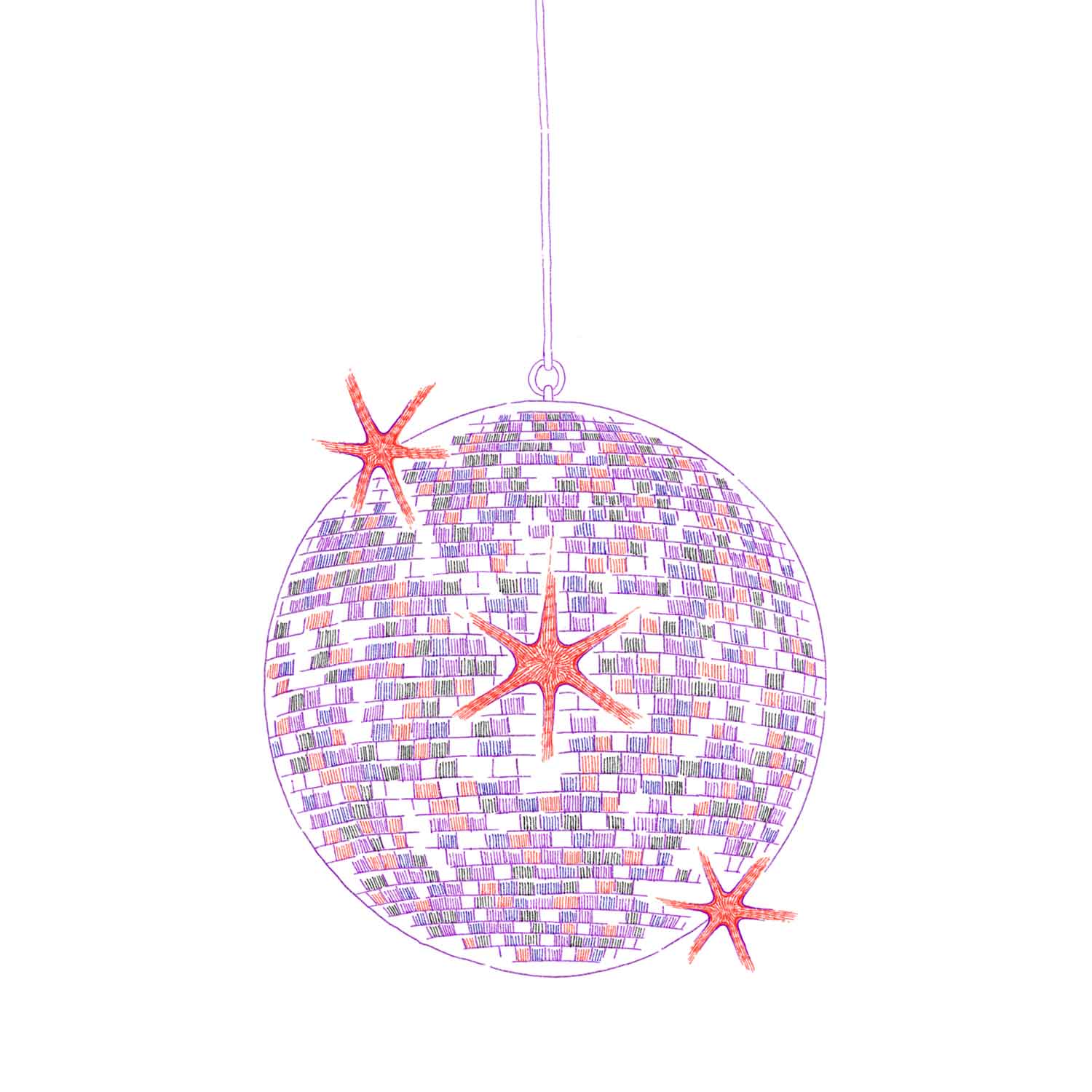 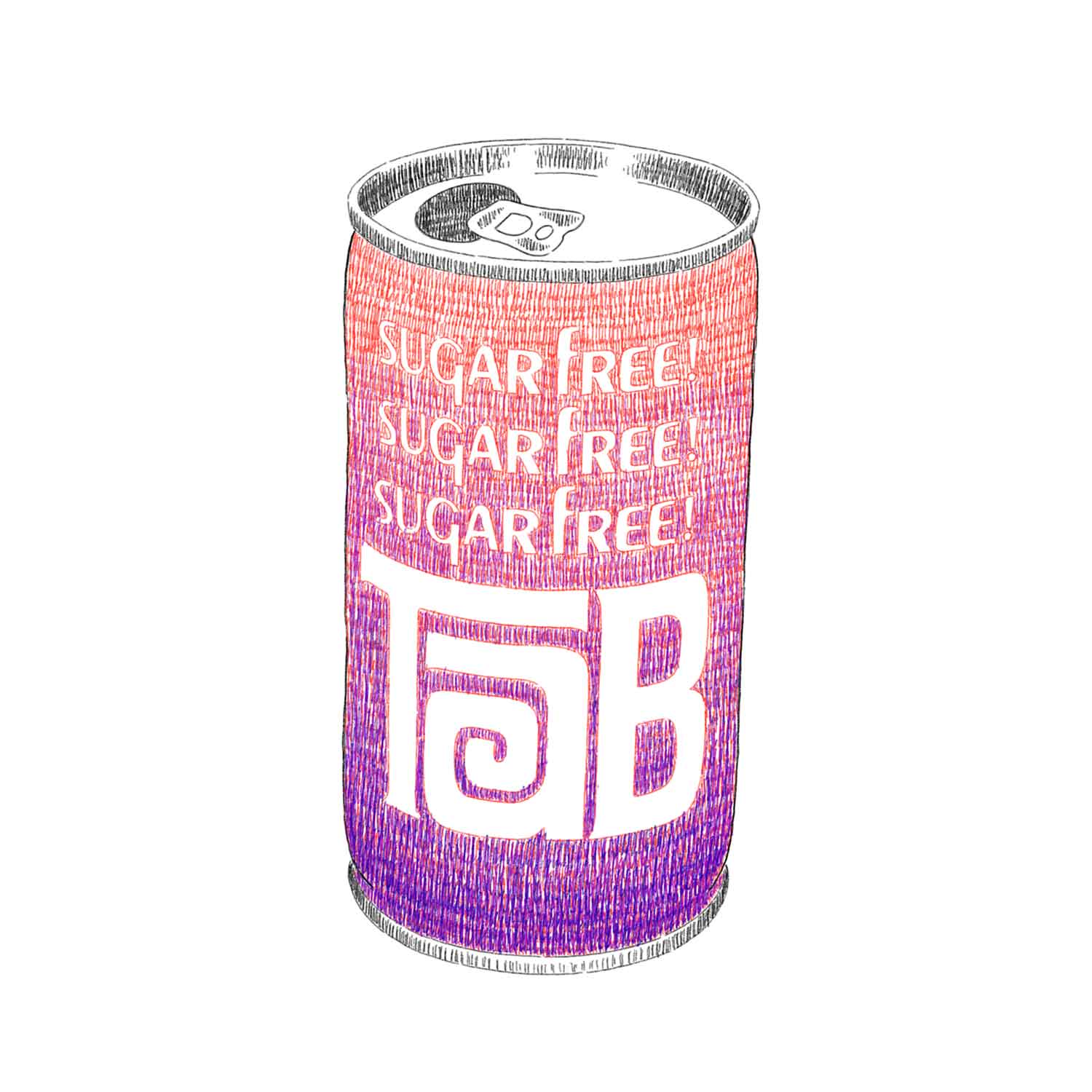 The biggest challenge of this project was learning to simplify: a simple tagline and idea go a long way. Demonstration of the product is also vital in creating the need to purchase. The final approach nods at the 70's origin date while still focusing on the pen and what it can achieve.